Flytjandi
Rothlaender, Julius Pollux, 1988- ; Aleksey ; Eikenhout, Martijn ; Broderick, Peter, 1987- ; Epperson, Hannah ; Raso, Maria-Carmela, 1989-
Albúm
Vestur í bláinn
Ár
2020
Tónskáld
Rothlaender, Julius Pollux, 1988-
Athugasemd
Upplýsingar á Bandcamp:
Aleksey is a 63-year-old construction worker. With roots in Russia and Ukraine and after having spent most of his life in Latvia, he came to Iceland twelve years ago. “In the evenings, I play the guitar for myself alone at home,” was the headline of an article about him on the homepage of Efling, Iceland’s union for basic and low-income workers.
In the recording, Aleksey recounts the story of one of his favourite Russian love songs, “Лирическая” by Vladimir Vysotsky. The song is about a man entering an enchanted forest to find the woman that he loves, trying to convince her of the modest but beautiful life that would await her with him.
Vestur í bláinn is an experimental music project on immigration in Iceland.
It aims to be a space for voices, different languages and stories of people from diverse origins, that are rarely heard in the context of arts or the public in general.
Along with the release of the music project, 'Vestur í bláinn' will be presented as a multidisciplinary art exhibition in Iceland from September 3rd to September 30th. The exhibition takes place in ten public locations all over Reykjavík, with the participation of various local artists, curated by Claire Paugam and Julius Pollux Rothlaender.
All proceedings from sales on bandcamp will be donated to No Borders Iceland.
All music written, recorded and produced by Julius Pollux Rothlaender.
Martijn Eikenhout, double bass.
Peter Broderick, vocals.
Hannah Epperson, vocals & violin.
Maria-Carmela Raso, vocals.
Mixed by Greg Giorgio.
Artwork by Claire Paugam.
Afritað 2.11. 2020 af: https://juliuspollux.bandcamp.com/releases
Mynd 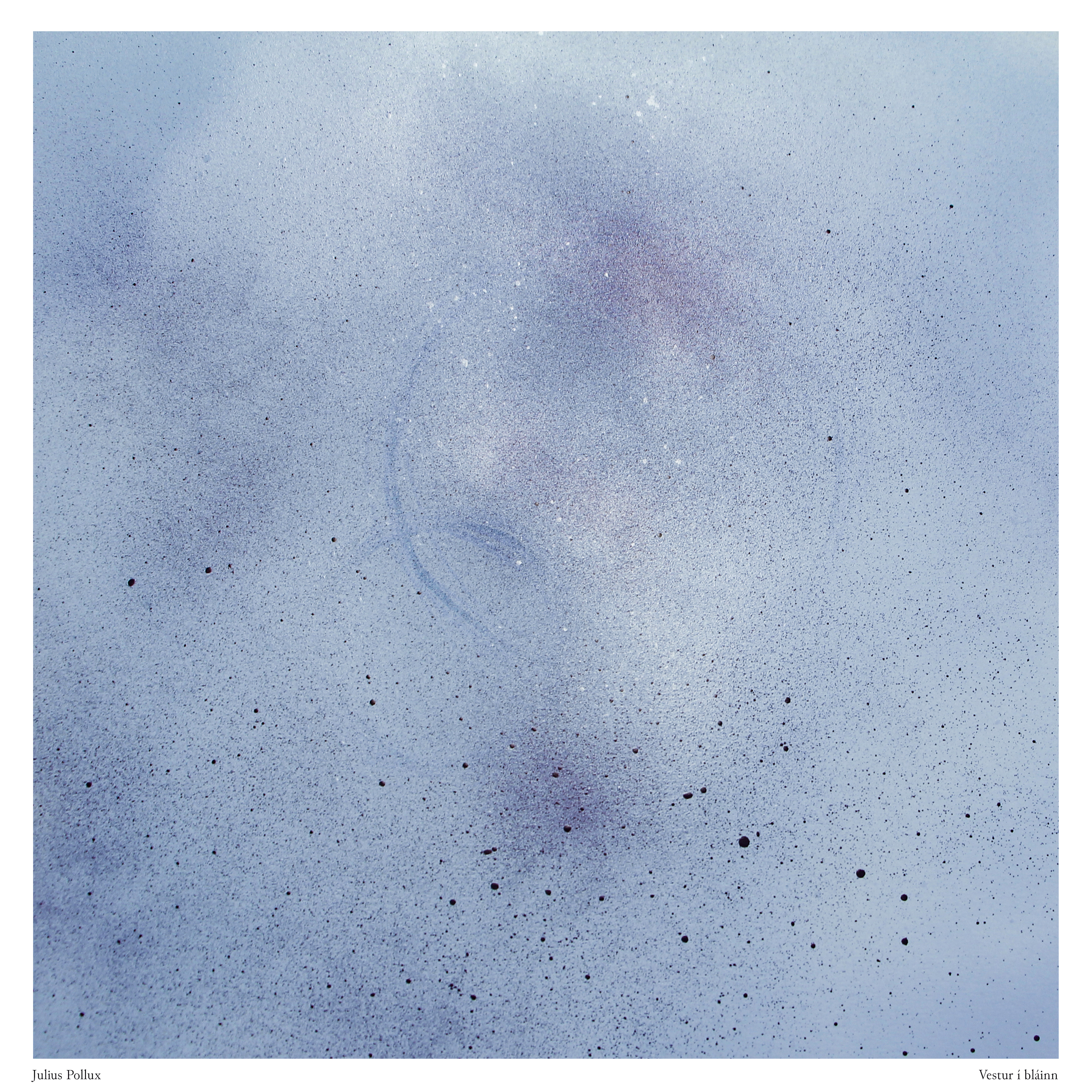